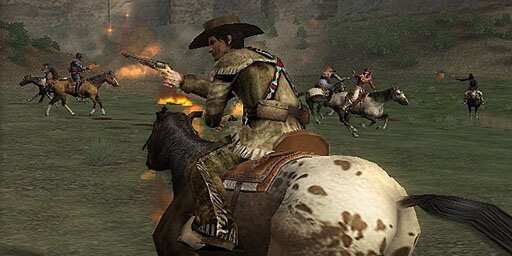 GUN
Set the wild west of America's frontier, GUN puts players in the boots of Colton White, a hardy cowboy with nothing to lose. While exploring an open world fraught with violent conflict, he gets caught up in a one-man war against a railway baron willing to kill and maim on his way to riches and glory.

It's hard to imagine a better education in game development than Neversoft in 2005. Surrounded by prodigious talent in a rapidly growing company whose core team had shipped six Tony Hawk Pro Skater titles, I was lucky enough to join them on their first big foray into orginal IP.

I was able to create a number of fun experiences as mission designer, including the Rancher and Federal Marshal side missions. The relatively small team also meant I was able to jump into other tasks, including story, dialog, and tech design, such as city pedestrians, bandit attacks, and world occlusion.